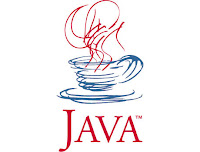 JNA provides Java programs easy access to native shared libraries (DLLs on Windows) without writing anything but Java code—no JNI or native code is required. This functionality is comparable to Windows' Platform/Invoke and Python's ctypes. Access is dynamic at runtime without code generation.
JNA allows you to call directly into native functions using natural Java method invocation. The Java call looks just like it does in native code. Most calls require no special handling or configuration; no boilerplate or generated code is required.
The JNA library uses a small native library stub to dynamically invoke native code. The developer uses a Java interface to describe functions and structures in the target native library. This makes it quite easy to take advantage of native platform features without incurring the high overhead of configuring and building JNI code for multiple platforms.
While some attention is paid to performance, correctness and ease of use take priority.
JNA includes a platform library with many native functions already mapped as well as a set of utility interfaces that simplify native access.

How To Get Started Using JNA

Java Native Access (JNA) has a single component, jna.jar; the supporting native library (jnidispatch) is included in the jar file. JNA is capable of extracting and loading the native library on its own, so you don't need additional configuration. JNA falls back to extraction if the native library is not already installed on the local system somewhere accessible to System.loadLibrary (see information on library loading). The native library is also available in platform-specific jar files for use with Java Web Start.
If the C header files for your library are available, you can auto-generate a library mapping by using Olivier Chafik's excellent JNAerator utility. This is especially useful if your library uses long or complicated structures where translating by hand can be error-prone. See the JavaDoc overview for more detailed information about JNA usage.

Java primitive types (and their object equivalents) map directly to the native C type of the same size.
Unsigned types use the same mappings as signed types. C enums are usually interchangeable with "int". A more comprehensive list of mappings may be found here.

Primitive array arguments (including structs) are represented by their corresponding Java types. For example:
NOTE: if the parameter is to be used by the native function outside the scope of the function call, you must use Memory or an NIO Buffer. The memory provided by a Java primitive array will only be valid for use by the native code for the duration of the function call.
Arrays of C strings (the char* argv[] to the C main, for example), may be represented by String[] in Java code. JNA will pass an equivalent array with a NULL final element.

When a function requires a pointer to a struct, a Java Structure should be used. If the struct is passed or returned by value, you need only make minor modifications to the parameter or return type class declaration. Typically you define a public static class derived from Structure within your library interface definition. This allows the structure to share any options (like custom type mapping) defined for the library interface.
If a function requires an array of struct (allocated contiguously in memory), a Java Structure[] may be used. When passing in an array of Structure, it is not necessary to initialize the array elements (the function call will allocate, zero memory, and assign the elements for you). If you do need to initialize the array, you should use the Structure.toArray method to obtain an array of Structure elements contiguous in memory, which you can then initialize as needed.
Unions are generally interchangeable with Structures, but require that you indicate which union field is active with the setType method before it can be properly passed to a function call.

When a function accepts a pointer-to-type argument you can use one of the ByReference types to capture the returned value, or subclass your own. For example:
Alternatively, you could use a Java array with a single element of the desired type, but the ByReference convention better conveys the intent of the code. The Pointer class provides a number of accessor methods in addition to getByteArray() which effectively function as a typecast onto the memory.
Type-safe pointers may be declared by deriving from the PointerType class.


Customized Mapping from Java to Native (Types and Function Names)

The TypeMapper class and related interfaces provide for converting any Java type used as an argument, return value, or structure member to be converted to or from a native type. The example w32 API interfaces use a type mapper to convert Java boolean into the w32 BOOL type. A TypeMapper instance is passed as the value for the TYPE_MAPPER key in the options map passed to Native.loadLibrary. Alternatively, user-defined types may implement the NativeMapped interface, which determines conversion to and from native types on a class-by-class basis.
You may also customize the mapping of Java method names to the corresponding native function name. The StdCallFunctionMapper is one implementation which automatically generates stdcall-decorated function names from a Java interface method signature. The mapper should be passed as the value for the OPTION_FUNCTION_MAPPER key in the options map passed to the Native.loadLibrary call.
Refer to this table in the overview for a complete list of built-in type mappings.

Callback declarations consist of a simple interface that extends the Callback interface and implements a callback method (or defines a single method of arbitrary name). Callbacks are implemented by wrapping a Java object method in a little bit of C glue code. The simplest usage resembles using anonymous inner classes to register event listeners. Following is an example of callback usage:
Here is a more involved example, using the w32 APIs to enumerate all native windows:
If your callback needs to live beyond the method invocation where it is used, make sure you keep a reference to it or the native code will call back to an empty stub after the callback object is garbage collected. Proxy wrappers are automatically generated for function pointers found within structs initialized by native code. This facilitates calling those functions from Java.

Languages such as Jython or JRuby may find it more convenient to access the NativeLibrary and Function classes directly rather than establishing a dedicated interface. Here's a brief example of using JNA from JRuby: